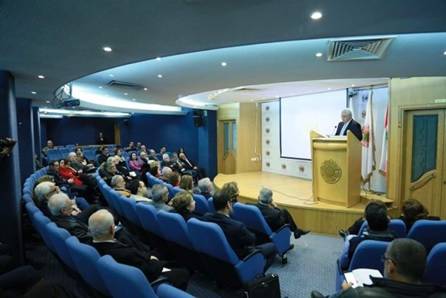 The cultural observatory will be installed in the Urban Community of AL Fayhaa. The project duration is seven months.

The Urban Community of AL Fayhaa ( Union of Tripoli, Mina, Baadawi and Kalamoun) elaborated in 2016 a concept note to realize a cultural Observatory in AL Fayhaa. MedCities supported AL Fayhaa in getting a grant for the project from the Diputació de Barcelona, who is funding the project. BIAT, who signed in 2016 an MOU with AL Fayhaa, acted as the Beneficiary of the grant.

Experts from the Diputació de Barcelona will the accompany the project and the Egyptian cultural association for Heritage will present the needed technical support. The cultural observatory will be installed in the Urban Community of AL Fayhaa.

The specific objectives of the Cultural observatory are to protect and safeguard the cultural heritage of AL Fayhaa cities in order to preserve the idea of their cultural diversity and to deepen the citizenship and belonging of the inhabitants to this urban space of Lebanon. Thanks to its cultural heritage Tripoli has several touristic identities: it can be a gastronomic city, a craft city par excellence, and still a city rich in museums of arts and popular traditions.

To fulfill its objectives, the Cultural Observatory should identify the cultural potential, compile an inventory of the cultural practices, modes of access and participation of the Tripolitans to cultural life, document the importance and role of culture in the Tripolitan society, value the existing database on the cultural sector, interact with producers of statistics or knowledge in the cultural field, promote dialogue and partnership between different actors and facilitate the transfer of knowledge for the benefit of stakeholders.

In this respect, the Cultural observatory will act as a center for observation, collection, documentation, and dissemination.

The official kick off of the project was held on Tuesday 14 March 2017 in the auditorium of the chamber of commerce and industry in Tripoli in the presence of the concerned stakeholders (universities, public and private institutions, associations) and two experts from the Egyptian association partner.

Dr, Maha Kayal , responsible for the realization of the feasibility study of the Observatory, met on May 18th, 2017 concerned CSOs and universities and presented her primary findings specially about the data to be collected, the hosting of the cultural observatory in AL Fayhaa.

A training session is expected to be held on June 29th and 30th, 2017. A technical training will be provided by two Egyptian experts to concerned stakeholders and actors about Data collection, type of data and how to build a cultural data base.