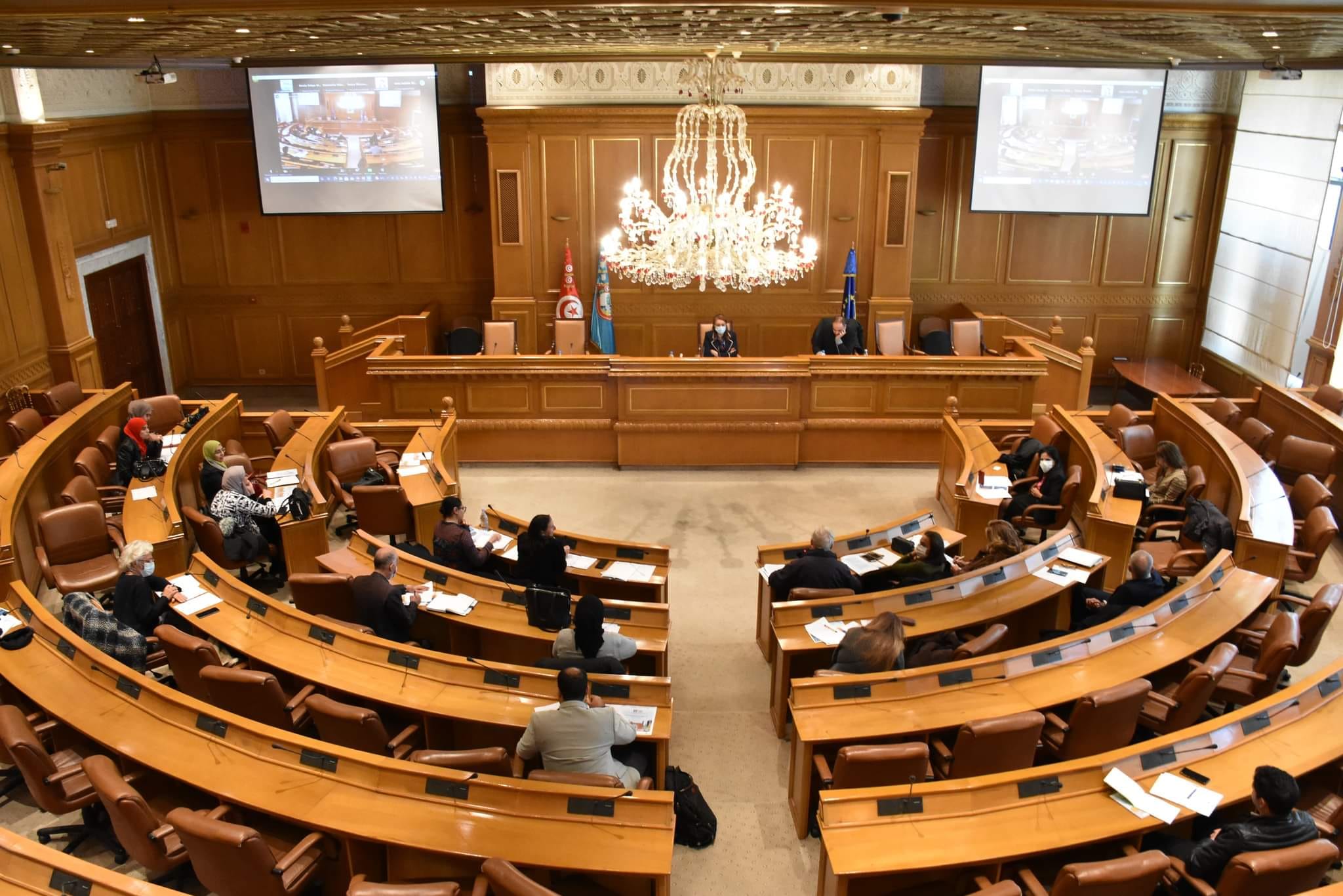 Towards a more sustainable and inclusive Tunis: Public launch of the Strategic Framework phase for the City Development Strategy of Tunis (A’SIMA Tunis)

The process of elaboration of the City Development Strategy of Tunis (CDS) –part of the A’SIMA Tunis project- evolved into a new phase in the last months of 2021: the team is now working on the Strategical Framework phase to define the vision, mission and the strategic objectives of the development plan for Tunis in its metropolitan context. The Municipality of Tunis hosted a public conference on December 14th in order to launch this new important phase of the CDS, and invite all city actors to participate in this collective thinking process.

The conference aimed to introduce and promote the City Development Strategy of Tunis to all kinds of city actors and more broadly, to strengthen the engagement of all parties in this process. Approximately 90 people joined the event, which was presided all along by the Mayor of Tunis, Ms. Souad Ben Abderrahim. Participants at the event were technical and political representatives of the Municipality of Tunis as well as other neighbouring municipalities of the Grand Tunis area such as Bardo, La Manouba, Radès or Sidi Hessine. Several representatives from civil society, universities, international organisations and national agencies also took part in the event.

Furthermore, the conference was designed to identify and collect propositions of actions that stakeholders perceive as a priority to face to the city’s main challenges. In order to do that, the event was split in three simultaneous workshops with fewer participants to promote the exchange of ideas, needs and experiences. Each panel hosted interventions from various experts and actors whom briefly presented their view on what objectives and actions should be the priority for the City’s Strategic Framework, in order to target the social, economic, environmental, urban planning and governance challenges that emerged in the diagnosis.

Following the panels, all participants met in a final plenary session to summarize and present the different inputs and propositions for the Strategic Framework, in presence of the mayor of Tunis. A’SIMA Tunis local project representative, M. Karim Elouardani, presented the next steps of the CDST process; the elaboration of the detailed Strategic Framework and the Action Plan. After the Strategic Framework is finalised by the experts’ team, having taken into account city stakeholders’ inputs, the document will be submitted for review of the CDST Steering Committee in February 2022 and to a new consultation round with city stakeholders in March 2022.