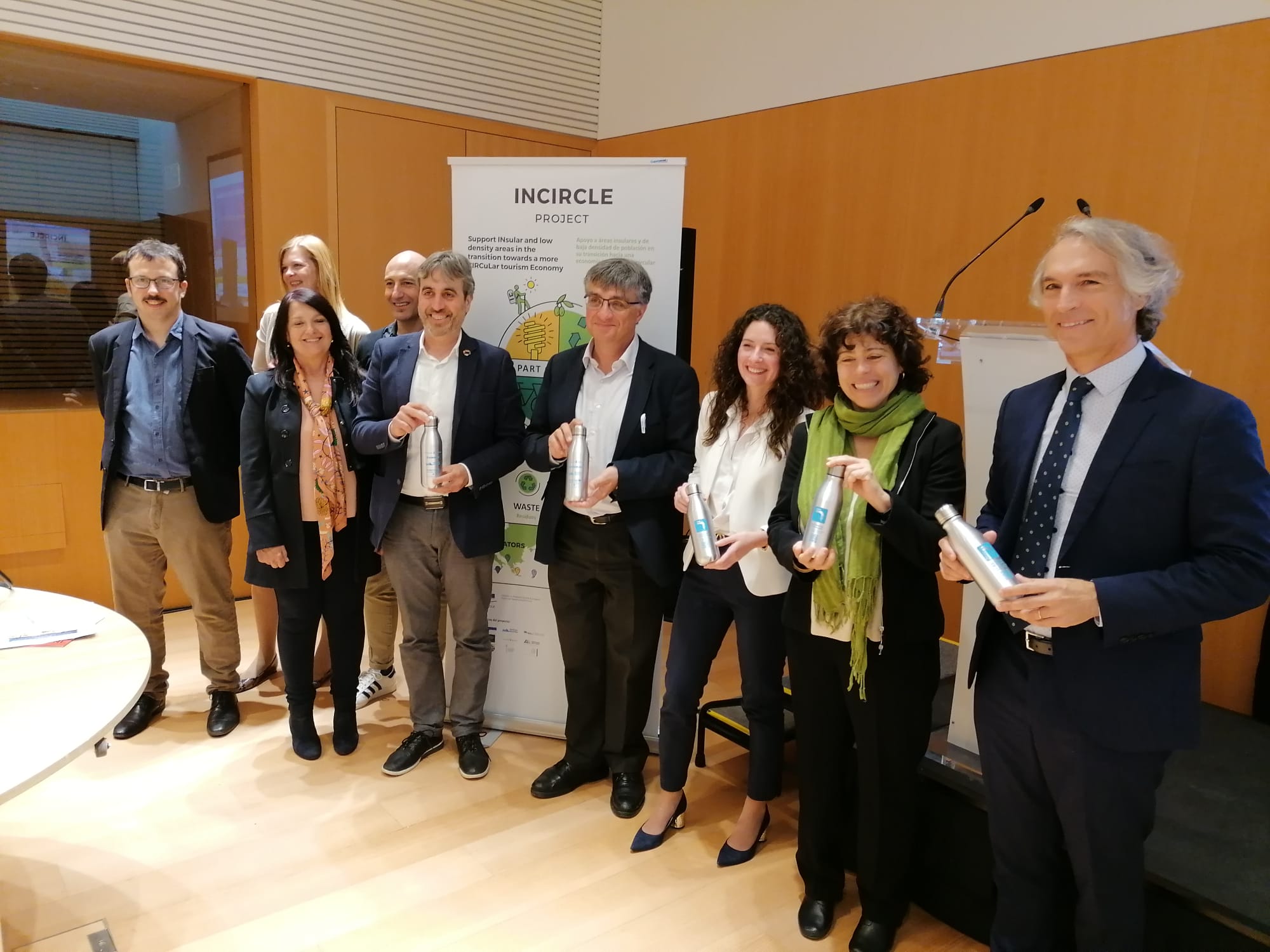 The European project INCIRCLE allows to eliminate more than 400.000 plastic bottles in Palma to move toward a sustainable and circular tourism

INCIRCLE, implemented by MedCities and the City Council, has installed 15 new water sources in
tourist spots to encourage tap water consumption and the reduction of plastic bottles.
The project has also launched the app “Best Water, Best Palma” to locate the bottoms of water and
As of today, it will distribute some 6,000 reusable bottles to visitors.

In the framework of the conference “The circularity applied to the tourism sector as the solution to give continuity”, held today at the Palau de Congressos in Palma, the European project INCIRCLE, funded by the European Interreg MED program, and implemented in Palma by MedCities and the City Council of Palma itself, presented the set of actions carried out in the city to move towards sustainable and circular tourism.

Among the actions, a pilot test on waste was highlighted, which eliminated 482,150 bottles of plastic waste in the city, according to data from Palma City Council. This was the result of installing 15
new water sources in the most touristic points of the city to promote the consumption of tap water and the reduction of disposable plastic bottles. These new water sources are an addition to the 18 already installed, which will be a total of 63 by the end of this year.

Between June 1, 2021 and March 31, 2022, the 15 sources supplied more than 241,075 water liters, the equivalent of these 482,150 half-liter plastic bottles, thus avoiding the generation of more than 5 tons of plastic. Several studies indicate that 70% of plastics found in the Mediterranean Sea come from land.

During the opening of the event, the Mayor of Palma, José Hila Vargas, stated that “we are late with the
Sustainable Development Goals (SDGs). We have to act. Palma has reduced the production and consumption of more than 400,000 plastic water bottles. ”

The Councilor for the Environment and Animal Welfare of Palma City Council, Ramón Vicenç Perpinyà, has highlighted, during the closing of the day, that “it is a great satisfaction to have checked in the different interventions the coincidence between the public and private sector, there is a great unanimity in the fact that the sustainability and quality must be the differentiating factor of our tourist offer, involved and rooted in our territory, and with respect for the environment as a key to its own future ”.

To complement the installation of the funds and within the framework of the same INCIRCLE project a mobile application has been launched: “Best Water, Best Palma” geolocates the water sources at different city points, and as of today, some 6,000 reusable bottles will be distributed to visitors through of hotels, kiosks, and tourist offices in the city. A video has also been released as part of the project to promote the use of the app and the responsible consumption of drinking water.

The Secretary General of MedCities, Josep Canals, explained that “it has been a pleasure to accompany the city de Palma, a member of MedCities, on the road to more sustainable tourism with a good project
concrete and tangible. We’ve saved a lot of plastic bottles from being generated or potentially finished
to the sea. We trust that the actions we have carried out in Palma will serve as an example for others
to take steps to reduce the impact that tourism and human activity have on our environment. We are running late in our challenge to reduce waste generation, which affects global warming and so we need to move faster”.

Josep Canals also stated that: “We must be aware that all waste ends up in the sea. Acting on the Mediterranean is urgent and that is why MedCities supports its members to implement pilot projects in terms of circularity and sustainability ”.

The pilot project implemented in Palma seeks to promote a change in the culture of drinking mineral water in front of the tap water. In fact, although the water in Palma is completely drinkable and of very good quality, the installed sources incorporate an additional filtration process to avoid the carbonated taste that may remain in the water.