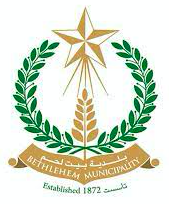 Its population is approximately 25,000 and it is the capital of the Bethlehem Governorate. The economy is primarily tourist-driven, peaking during the Christmas season, when Christians make pilgrimage to the Church of the Nativity.The important holy site of Rachel’s Tomb is at the northern entrance of Bethlehem, though not freely accessible to the city’s own inhabitants and in general Palestinians living in the occupied West Bank due to the Israeli West Bank barrier.

Bethlehem is located at an elevation of about 775 meters (2,543 ft) above sea level, 30 meters (98 ft) higher than nearby Jerusalem.[Bethlehem is situated on the Judean Mountains.

The city is located 73 kilometers (45 mi) northeast of Gaza City and the Mediterranean Sea, 75 kilometers (47 mi) west of Amman, Jordan, 59 kilometers (37 mi) southeast of Tel Aviv, Israel and 10 kilometers (6.2 mi) south of Jerusalem. Nearby cities and towns include Beit Safafa and Jerusalem to the north, Beit Jala to the northwest, Husan to the west, al-Khadr and Artas to the southwest, and Beit Sahour to the east. Beit Jala and the latter form an agglomeration with Bethlehem. In the center of Bethlehem is its old city. The old city consists of eight quarters, laid out in a mosaic style, forming the area around the Manger Square. Tourism is Bethlehem’s main industry. The Church of the Nativity is one of Bethlehem’s major tourist attractions and a magnet for Christian pilgrims. It stands in the center of the city — a part of the Manger Square — over a grotto or cave called the Holy Crypt, where Jesus is believed to have been born. Nearby is the Milk Grotto where the Holy Family took refuge on their Flight to Egypt and next door is the cave where St. Jerome spent thirty years creating the Vulgate, the dominant Latin version of the Bible until the Reformation.