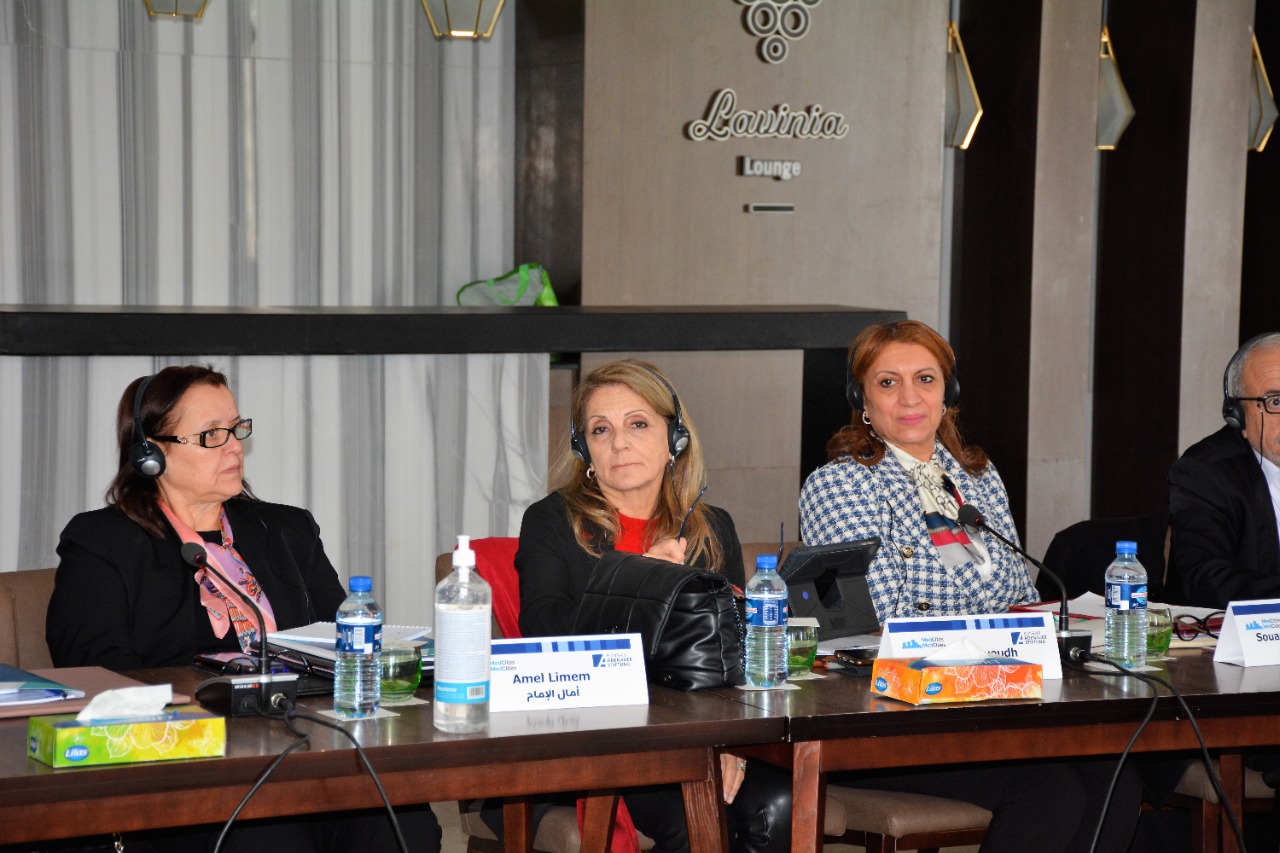 The event “Local authorities acting for agrifood and energy resilience” in Hammamet (Tunisia) allowed to take stock and discuss the current implications for Mediterranean municipalities due to the international energy and food crisis, by bringing international institutions and Mediterranean Mayors and municipal representatives in a two-days exchange and discussion.

The meeting was opened by Mr. Thomas Volk, Director of the Regional Program Political Dialogue South Mediterranean (PolDiMed), who explained briefly the Konrad-Adenauer-Stiftung (KAS) and the PolDiMed. He stressed the importance of the issue of agrifood resilience in the Mediterranean region, especially following the impact of the pandemic and the war on Ukraine, which proved the region vulnerable in terms of supply chain and in the rise of prices of agricultural inputs. He also stressed the importance of such political debates, which bring together Mediterranean Mayors and experts from international organisations and funding institutions.

Following his intervention, Mr. Josep Canals Molina, Secretary General of MedCities, thanked the KAS for collaborating with MedCities association in organising this seminar. He stressed the conviction of MedCities in creating political dialogue among mayors across the three shores of the region. Although local authorities might not have a direct mandate on the agrifood sector, there is an opportunity for cities to plan for resilient food systems and an increasing need for mayors to build skills on the issue. He also mentioned the importance of linking food systems with energy and water policies in order to assure sustainability with an ecosystemic approach, since proximity and biodiversity are two faces of the same coin.

Transitioning towards sustainable and resilient urban food systems in the Mediterranean

On the first day of the event gathered together international organisations active on food and urban resilience to discuss on urban food systems transition towards sustainability in Mediterranean. Food Systems have an important role in the global agenda, their transformation being particularly important when it comes to achieving the SDGs. The first panel discussion focused on policy initiatives to promote sustainable urban food and the role that cities can play in such policy debates, discussed extensively on food security challenges in the Mediterranean region, focusing especially on the potential that local authorities have in promoting food security and presented regional initiatives for coordination as well as city-led international networks and their work. The representatives of FAO both at Headquarters and North Africa Office, UN Habitat Maghreb Office, UNOPS-Centre for Mediterranean integration, ICLEI, CIHEAM, engaged in a fruitful exchange and interacted with Mediterranean Mayors and councillors from Tunisia, Lebanon, Jordan, Morocco and Algeria. The participants discussed thoroughly on good practices undertaken by cities in promoting sustainable food systems, short supply chains, food security for all as well as preventing food loss and waste, as identified by the Milan Urban Food Policy Pact. Also, they received a training on urban resilience focusing on the interlinkages between food, water, energy and ecosystems, offered by the UN Habitat City Resilience Global Programme.

According to representative cities are definitely relevant since 60% of people live in cities, 70% of food produced is targeting cities and most of the waste produced comes from cities.

On the second day, the pannel focused on cities experiences and it was time to hear about some MedCities members as the Mayor of the As-Salt Greater Municipality (Jordan), who explained how the city which is large and urbanized, highlighted how the city has unique mountainous characteristics, creating infrastructural challenges specifically with regards road access and water availability. Persistent unemployment due to an education-labor mismatch adds to the need to change the mentalities of farmers, empower vulnerable communities and give them access to more sustainable resources, particularly youth and women in agriculture, which require access to food, water and basic services. As such, the Municipality stressed the need to reinforce the culture of avoiding food waste and moving towards more efficient treatment of wastewater. It was also stressed how there is not a clarified role on the authority of the municipalities with regards to land, which would require better coordination between local and national actors in a multi-stakeholder approach.

The experience of the Municipality of Saida (Lebanon) also offered a view as to the specific challenges of a city that simultaneously faces a lack of financial means all the while hosting large communities of refugees, which sometimes creates friction with local populations. Issues of hunger are faced by several families, with the presence of NGOs helping to mitigate such challenges in partnership with the municipality. Access to reliable energy networks and to clean water are also major issues, leading for instance to the emergence of diseases due to poorly preserved water pipes. National ministries are responsible for infrastructure, but the lack of financial means prevents them from carrying out their activities properly.

The Mayor of Gabès (Tunisia) stressed how challenges in the city were linked to the process of industrialization. The city had been known for its vibrant fisheries sector which was a source of growth and employment. The transition towards an industrial city, driven by the phosphates industry, contributed to environmental externalities in the fishery “cluster” and added severe pressures on water resources. The oasis-based agriculture (three layers and important palm production), a traditional source of women-led employment, was also considerably affected due to urbanization and industrial pollution. The need to protect agricultural land and restore the oasis is more than ever a challenge. In this regard, the representative of FAO introduced their initiative on Globally Important Agricultural Heritage Systems (GIAHS) in Near East and North Africa, targeting mostly oasis ecosystems. Looking to safeguard the social, cultural, economic and environmental goods and services these provide to family farmers, smallholders, indigenous peoples and local communities, the initiative fosters an integrated approach combining sustainable agriculture and rural development.

The Municipality of Tunis, highlighted how challenges include ensuring food resilience and vulnerability to risks associated with the supply of food products, as well as climate and social risks. Promoting the connection between local producers and local consumers is key for environmental (limited footprint), social and economic sustainability (job and growth creation) and the Municipality has a dedicated project to deal with challenges (presented in the solutions session).

The challenges of the Greater Jerash Municipality (Jordan) were then presented, a city that is both tourist and agricultural. As with several Mediterranean cities, the main challenges are the scarcity of water, urban expansion and preservation of agricultural land. The need to reuse grey water for public gardens, empower women and youth on efficient water use and provide incubators for agriculture projects including refugees were highlighted.

The municipality of Agadir ended the first round of interventions, highlighting the pyramidal nature of problems related to the WEFE nexus that also require the emergence of solutions at the national level. Among the key challenges of Agadir one finds the exodus from villages to the city, which is something the municipality has been tackling intensively in recent years.

Through follow-up interventions, all municipalities agreed on the fact that resilience also requires a lot of coordination across local and national entities.

In their closing statements, the organizers thanked the participants for their rich contributions. MedCities stressed how there is a need for behavioral change, and that mayors are a key element to ensure we create the cities we really need in the region. Konrad Adenauer Stiftung also highlighted how bringing together local cities together with entrepreneurs could be a logical next step toward achieving impactful actions.