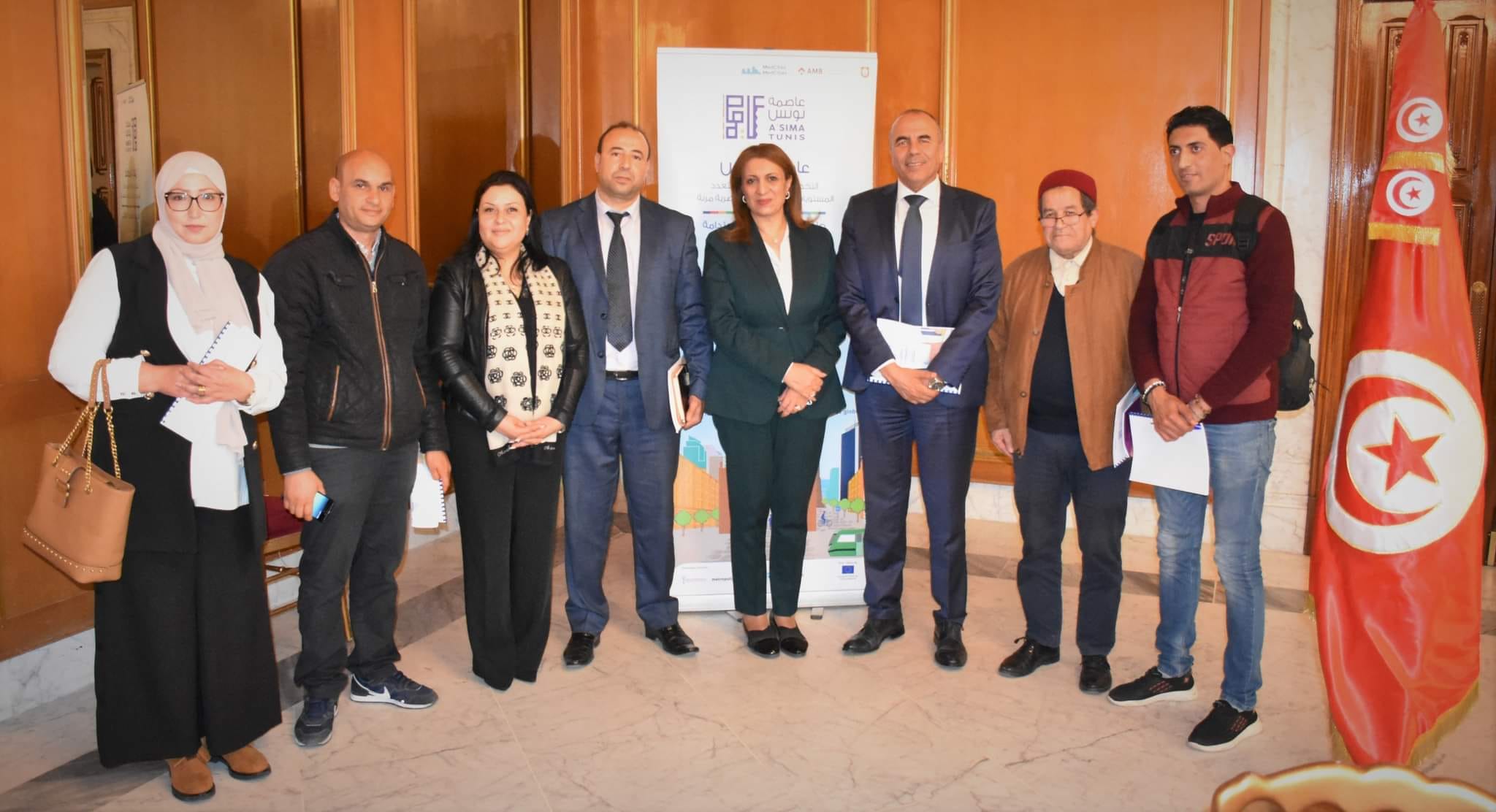 Following the launch of the “Strategic Framework elaboration phase” of the City Development Strategy of Tunis (CDS or SdVT for its French acronym) in 2021, April activities have focussed on consultation with territorial actors in order to enrich and adjust the document.

Furthermore, MedCities and the Municipality of Tunis have kick-started the work on the project’s third work package “International partnerships for capitalisation”.

For context, the draft version of the Strategic Framework of the city, as approved by the CDS steering committee is comprised of four main strategic lines for Tunis:

Following the CDS methodology, the expert teams have carried out throughout March and April 2022 several consultation workshops open to any interested city actor. Through interactive exercises, each actor got a chance to bring their perspective on the strategic priorities and thus engage in the CDS elaboration process. On April 5, 30 stakeholders were present to discuss the strategic framework from a “Social, urban and economic inclusion” approach. On April 6, a final workshop took place around the topic “Mobility and connectivity”. These workshops have been key in reviewing and complementing the city’s strategic lines of action, building on different stakeholders’ expertise and demands.

Additionally, the Municipality of Tunis organised on April 1st a Metropolitan Roundtable, chaired by the Mayor of Tunis, in order to present and discuss the first version of the Strategic Framework to municipalities of the Greater Tunis. Since the strategy envisages Tunis future within “a metropolitan ensemble”, it was important to engage the municipalities across the metropolitan territory in this process. This was the second Metropolitan Roundtable initiative organised within the A’SIMA Tunis project.

Furthermore, regarding the project component on “International partnerships and networking for capitalisation”, the project teams have been working on a benchmarking study of urban strategic and transformative projects that could be replicable in Tunis. The benchmarking study will identify 10-13 replicable projects and sets the basis for international cooperation partnership between Tunis and potential partner cities from the euro-med region and beyond. In that sense, MedCities met with its associated partner in the project, the Metropolis network, in order to discuss potential city-to-city partnerships with Tunis. In the following months, the project partners will work on engaging two new cities or metropolitan areas for peer-to-peer learning activities with the Municipality of Tunis, resulting in new bilateral cooperation agreements for Tunis.