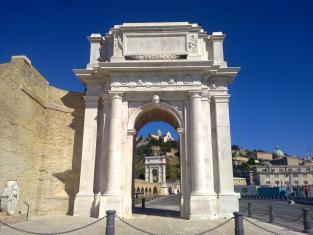 On 19 February a workshop was held in Gabès on the valorization of urban rainwater.

The focus of the workshop was to present the results of the situation analysis and benchmarking report on management techniques and valorization of urban storm-water produced by MedCities. The analysis forms part of the support that MedCities is providing to Gabès in the implementation of its City Development Strategy.

The workshop gathered together representatives of the various local stakeholders involved in water management to define courses of action to be carried out in the short- and medium-term in order to optimize the management of rainwater in the city of Gabès.

The Governor of Gabès stressed the challenges facing the city in terms of rainwater management, highlighting the floods that occurred in August 2018 and the environmental problems caused by stagnant water, even in summer. Mayor of Gabès Habib Dhaouadi stressed the need to develop a concerted strategy between the various actors implicated in the valorization of rainwater. Adel Hentati, the expert commissioned by MedCities, presented an analysis of the current situation regarding the rainwater drainage in the municipal territory of Gabès, detailing the various difficulties and the need to both control the flow of runoff and to recharge the groundwater. He also presented a number of possible measures – developed from the benchmarking study that he conducted – highlighting the examples of roof-water harvesting, rainwater drainage techniques and groundwater recharge.

A debate among local actors was then held with the aim of identifying pilot actions to be implemented in the short-term. Participants identified public buildings – including the City Hall – the central market, a mosque and the stadium for the installation of storm-water roof collectors. Another outcome of the debate was to implement rainwater drainage interventions in various ´blue spots’ – areas of the city that represent important runoff locations.

A technical commission has also been created in order to define the priority areas of action. As a result of this work, the MedCities expert will provide concrete project sheets for each of the proposals, to be funded under the activities implemented in the city of Gabès as part of TADAEEM, a project launched by USAID for the support of Tunisian municipalities.