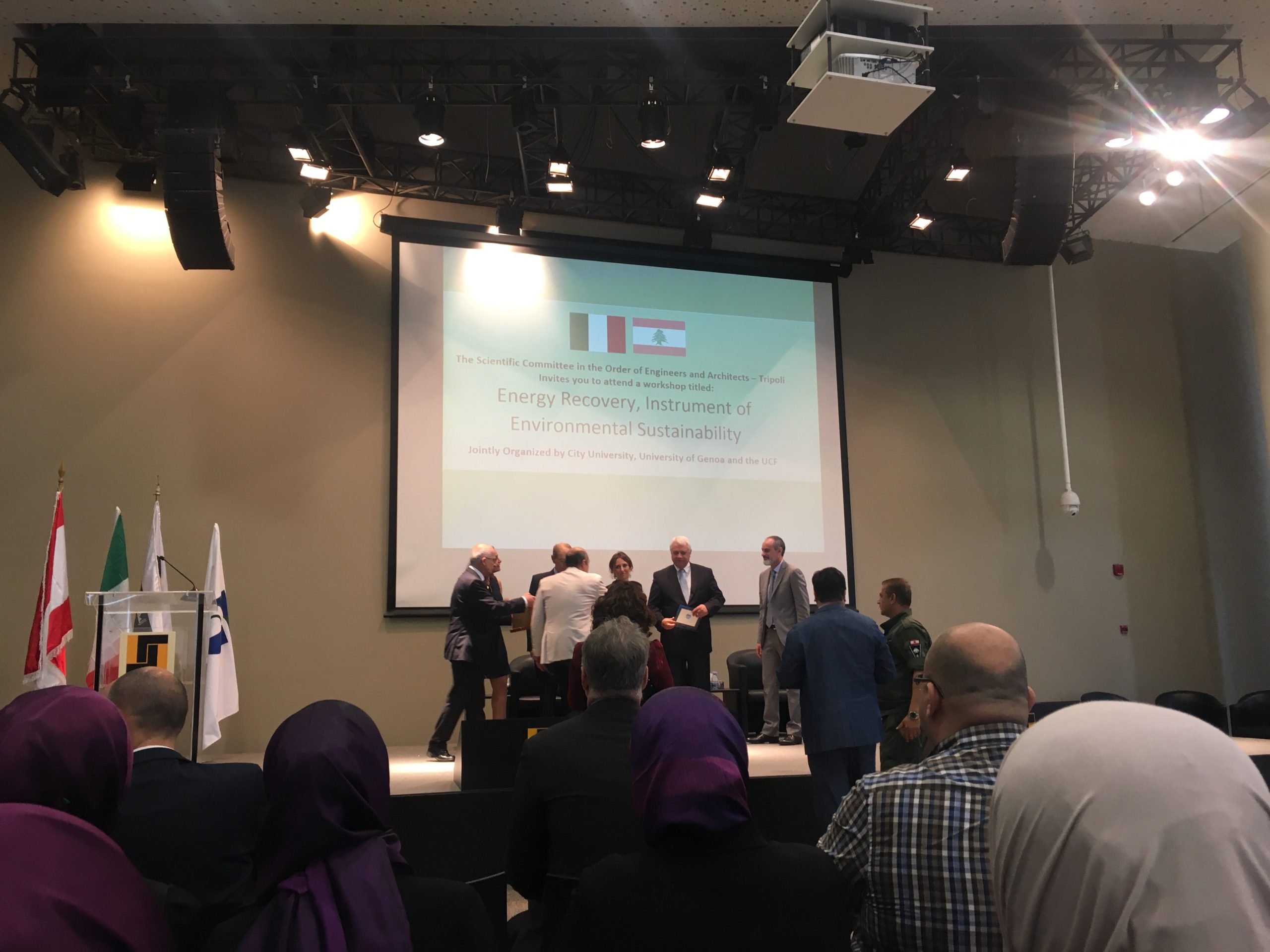 Towards a Green Union of Municipalities in Al-Fayhaa

A workshop on Energy Recovery – instrument of Environmental Sustainability was held in the premises of the Order of Enginners of North Lebanon on April 21st, 2018. It was jointly organised by the City University in Tripoli, University of Genoa in Italy and the Urban Community of AL Fayhaa (UCF).

In 2009, the Lebanese Government, through CEDRO (Country Energy Efficiency and Renewable Energy Demonstration project for the Recovery of Lebanon)  has set itself a target that in 2020, 12 % of its generated power will be from renewable energy resources, mainly Solar, hydro and wind. Other renewable technologies like biomass and waste to energy will be targeted also. The objective behind this initiative was to ensure technology transfer, encourage the private sector to invest in various renewable energy sources and create an environment to adopt a national sustainable energy policy.

The workshop was opened by UCF signing a Memorandum for joining the CELSIUS, a network of 50 cities sharing experiences on how cities can save energy and create a more self-sustaining energy economy.

Different topics were tackled during the workshop mainly about urban energy recovery, the CELSIUS project presented by the University of Genoa and the energy recovery from waste in the city of Genoa. At the Lebanese national scale, the new prospects in Energy efficiency and the achievements in the field of waste energy was presented by the Lebanese center of Energy conservation (LCEC).

AL Fayhaa is trying hard to tackle renewable energy and energy recovery topics. In 2017 and in partnership with the Metropolitan Area of Barcelona (AMB), AL Fayhaa submitted a project proposal to the new European Union program ENI CBC MED. It will aim at reducing energy consumption in the Mediterranean by implementing renewable energy systems and saving measures in public buildings. It is expected to give urban authorities solutions to reduce the energy demand, improve thermal comfort of users and supply public buildings with renewable energy sources.