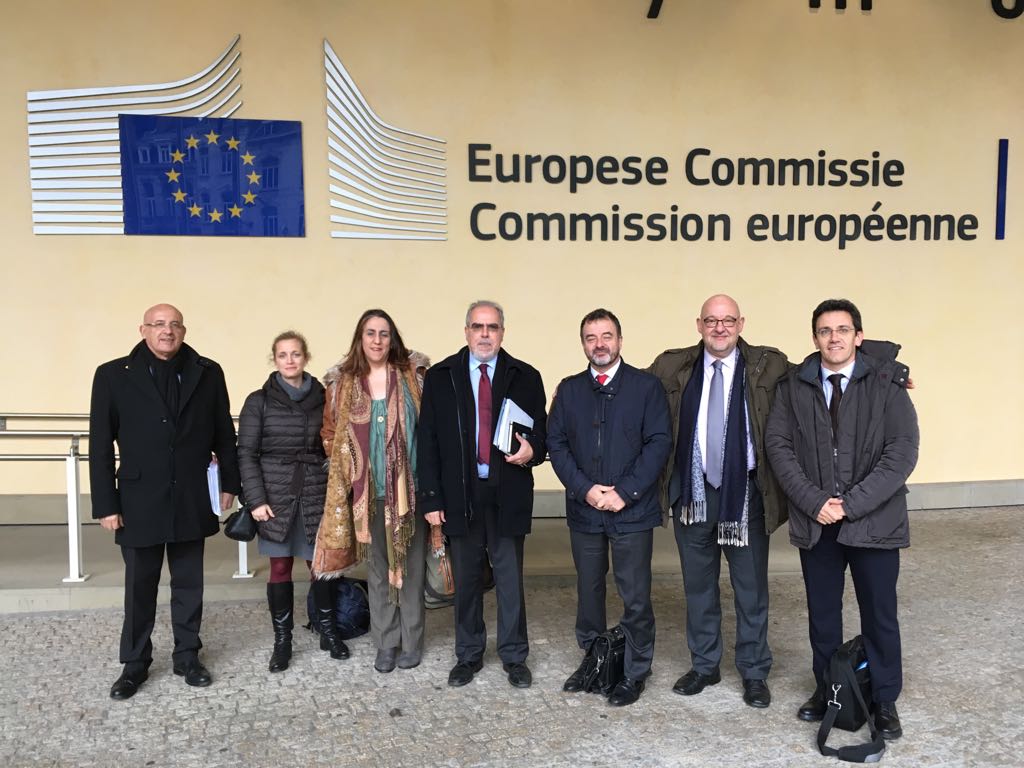 Debating the future of European cohesion is the purpose of this meeting, where the C4C platfomr brings to Brussels ten proposals to promote territorial cooperation. « On 23 January 2018, the presidents and secretaries-general of the members of the C4C platform meet with Commissioner for Regional Policy Corina Cretu to present the main lines of the document on European Cohesion « .

Formed by RIET – Iberian Network of Transborder Cooperation Entities, MedCities – Mediterranean Cities Network and CCAA – Atlantic Arc Cities Conference, and with the support of  the FAIC – Forum of Adriatic and Ionian Cities, the C4C platform aims to « promote a broad debate and identification of common problems and solutions tailored to the common reality of cities and metropolitan areas, transnational maritime spaces, cross-border, peripheral and outermost regions of the European Union ».

MedCities participated in the meeting represented by Mr. Alfred Bosh, Vice-President of the Mediterranean Cities Network, and Mr. Xavier Tiana, Secretary General. The C4C calls for European territorial cooperation programmes such as MED or ADRION to enable the Territorial Networks to develop initiatives with the external borders of the Mediterranean EU. MedCities, as territorial actor, currently participates in 3 projects within the Interreg MED  by promoting, also, the capitalization of results among the southern Mediterranean cities’ members. The projects’ topics are: Urban Mobility – GO SUMP Project, Biodiversity Protection – PANACeA Project and Urban and Periurban Agriculture – MADRE Project.

To this end, the three cross-border cooperation entities, which are part of the new platform, advocate the adoption of « a common strategy for European territorial cooperation prior to the identification of the programmatic instruments for its implementation », can be read in the document which is presented in Brussels. Stressing that the first months of 2018 are « a key moment » in defining the broad outlines of future post 2020 cohesion policy, C4C identifies ten proposals on « the future of European territorial cooperation ».

C4C also proposes that European territorial cooperation should be « endowed with more financial resources which should be more effectively distributed to promote a better realization of the objectives of cohesion policy » and that resources should be allocated to programs rather than member states.

The C4C platform will also propose to the Commissioner that the territorial cooperation programs incorporate a « management model better suited to its supranational nature, adopting administrative rules and procedures, clarifications, stable and properly publicized objectives. »

« European territorial cooperation stands as the cornerstone of European integration, and despite much that has already been done, there is still a long way to go, » says the document that representatives of the three entities will lead the European Commission « in the expectation that this presentation means the beginning of a regular and constructive dialogue, for which it mobilizes the means and the representativeness of its organizations. «

For C4C, European territorial cooperation « could be one of the best responses of the European Union to the phenomena emerging from ultranationalism and antidemocratic populist movements, since it is a structured, coherent and articulated policy, available and operational to meet the new and major challenge which is put to the European construction: keeping citizens identified with the European project and creating a European citizenship « .