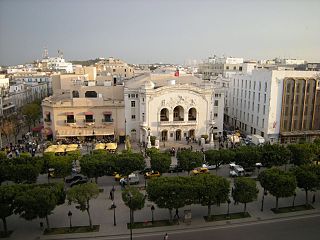 After the summer, MedCities will start two important projects recently approved. Also, during the last weeks MedCities has been intensively working for the submission of several proposals in the INTERREG MED and ENI CBC MED calls for projects on a variety of topics ranging from biodiversity protection to sustainable tourism, urban transport and social cohesion.

On the one hand, the project Tanger Accueil is one of the projects awarded under the MC2CM (Mediterranean City-to-City Migration) Program, managed by IMPCD, UCLG and UN Habitat. The project will seek at improving the capacities of the city of Tanger vis-à-vis the arrival of displaced population and migrants. The project is led by MedCities, which will work in close cooperation with the Municipality of Tanger.

On the other hand, within the framework of the « Local Authorities: Partnerships for sustainable cities » program of the European Commission (EuropeAID), MedCities and the AMB, together with the Municipality of Tunis, will implement the ASIMA TUNIS project, which aims to strengthen multi-level governance in the city by articulating the metropolitan actors around a city strategy.

The project, which has a budget of 2.6 million euros and lasts 48 months, aims to accompany the city of Tunis in the definition of its strategic plan to face the metropolitan challenges of sustainable development, linking them with Agenda 2030. It also plans to strengthen the capacities of the Municipality of Tunis, in the implementation of policies to address the environmental challenges of the city related to waste management, promoting the circular economy and its recovery.

To achieve these results, the project will promote cooperation between cities, highlighting the exchanges promoted by MedCities, in order to create long-term partnerships between its members and the city of Tunis. In this sense, the role of the Metropolitan Area of Barcelona, a partner of the project, is key in transferring knowledge and experience both in waste management and in strategic metropolitan planning. The mobilization of the Barcelona City Council and other global metropolises, linked to the project through the Metropolis network, is also foreseen.

Finally, during the last weeks MedCities has been intensively working for the submission of several proposals in the INTERREG MED and ENI CBC MED calls for projects on a variety of topics ranging from biodiversity protection to sustainable tourism, urban transport and social cohesion.