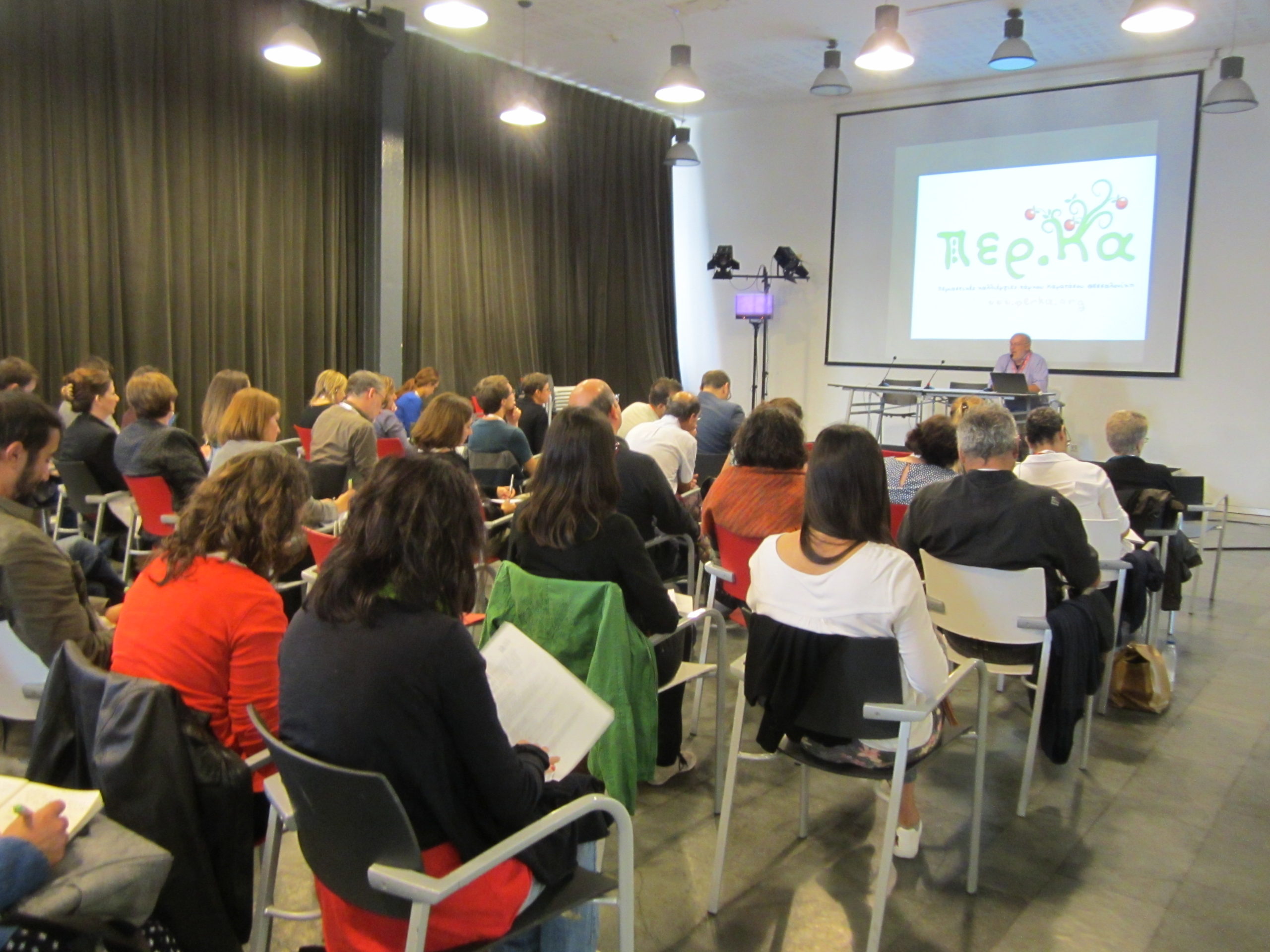 MedCities hosted in Barcelona last 27 and 28th October the APLEKING, the first Transnational Working Group (TWG) meeting of the Interreg MED MADRE project, in the framework of the annual Aplec (Gathering) of Urban Agriculture, where the TWG came with a set of recommendations for improved policies.

The meeting gathered about 60 stakeholders from the metropolitan areas of Montpellier, Marseille, Bologna, Tirana, Thessaloniki and Barcelona to address transnational challenges to strengthen urban agriculture as a mechanism to foster social inclusion and innovation. The partners attendding the event were: AViTeM, ANIMA Investment Network, CHIEAM-MAIM-Agronomic Institute of Montpellier, Metropolitan City of Bologna, Aristotle University of Thessaloniki, MedCities and the Agricultural University of Tirana.

Discussions resulted on recommendations regarding key aspects as the need to assure the long term feasibility of the initiatives, their potential to generate job opportunities and the need to strengthen international networking among others. This recommendations will feed the MADRE Policy Paper which will structure recommendations at different policy level to reinforce urban and peri urban agriculture as an instrument to underpin innovation on different areas as social inclusion, production, consumption, territorial planning, research and networking. The full set of policy recommendations will be available and presented to the public next July 2018.

The APLEKING was followed by a technical visit to Badia del Vallès to get insight on the social project promoted in the municipality in connection to their urban garden and other green areas.

On the second day participants joined the open event of the annual Aplec of Urban agriculture, starting with a biking tour through different urban gardens and followed by a exhibition and speakers corner at the Aplec, at Espai Germantes.

The project is led by the Agency for Sustainable Mediterranean Cities and Territories (AViTeM) and partners include ANIMA Investment Network, CHIEAM-MAIM-Agronomic Institute of Montpellier, Metropolitan City of Bologna, Aristotle University of Thessaloniki and the Agricultural University of Tirana. The project will run till July 2017. The project is co-financed by the EU Interreg MED Program.