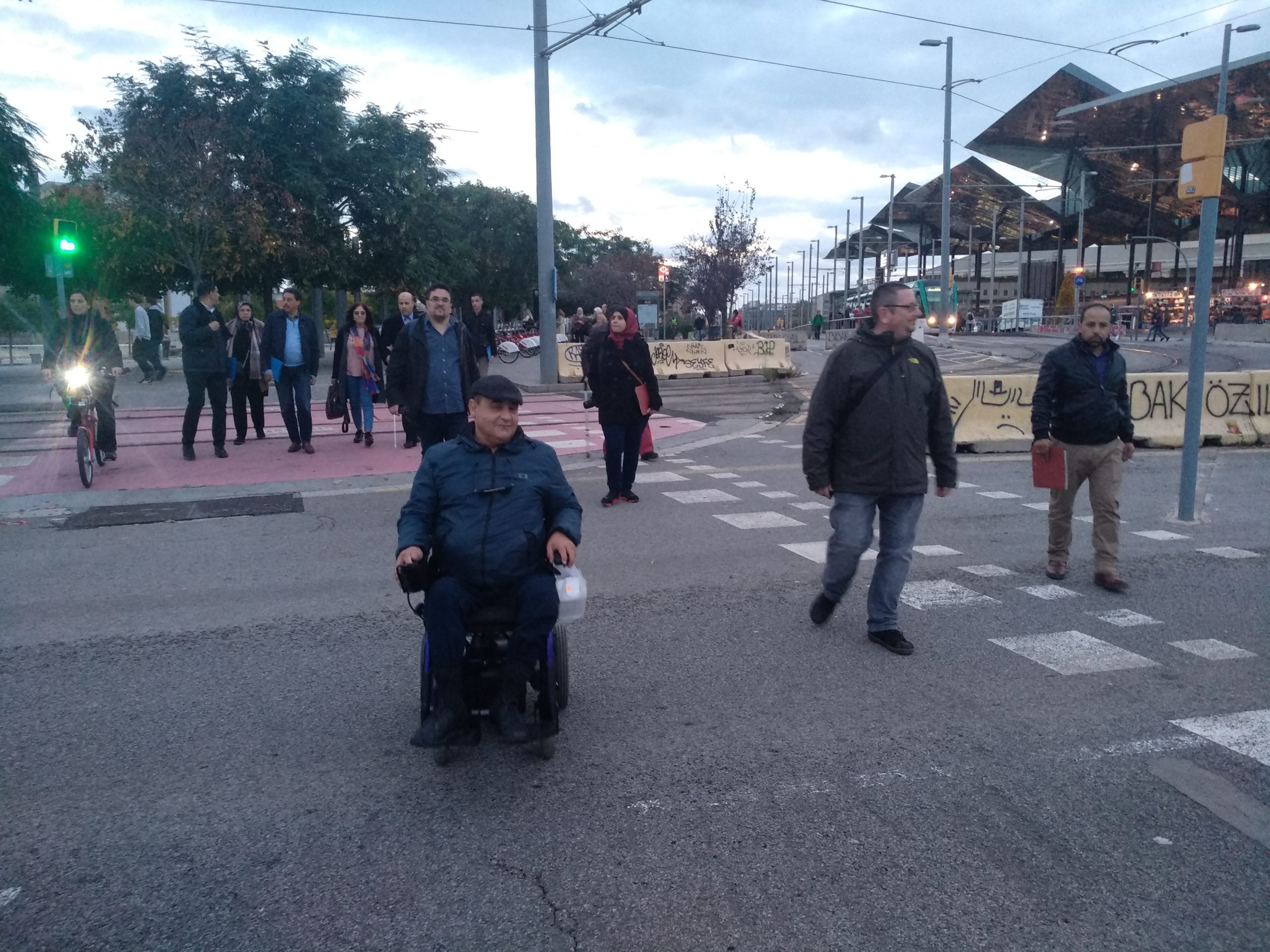 In the frame of the ACCESTT project (Cooperation project on urban planning and city management in the field of universal accessibility in the cities of Tangier and Tetouan), a technical exchange mission on urban accesibility was held in Barcelona last november 2018. The participating delegation, made up of representatives of the cities of Amman, Tangiers and Tetouan and of the associations working on accessibility in both moroccan cities, carried out a a series of visits and knowledge exchange sessions on the subject of urban accessibility.

The technical exchange mission took place from 19 to 21 November 2018 in the city of Barcelona, in coordination with the Directorate of Global Justice and International Cooperation and the Institute of People with Disabilities (IMPD) of the Barcelona City Council. The good practices and policies studied during the mission will be incorporated into the accessibility guides that are being produced for each city, where the criteria reached within the activities, trainings and urban pilots executed in the project are collected.

Since July 2018, a series of capacity building activities  are being carried out by MedCities in Tanger and Tetouan, with the aim of strengthening the capacities of municipal staff, local authorities and civil associations working in the field of people with disabilities.

The subjects developed in the rainings deal in depth with the Moroccan legislative aspects, as well as the competences and responsibilities of local authorities in the arduous task of promoting accessibility in the urban environments of Tangier and Tétouan. The trainings also address urban and architectural aspects in the design of the accessible city.

In parallel, the project advances in the closing of tenders and launching urban works for the implementation of the pilot actions that are beinge developed in both cities, where a series of technical solutions will be put into practice that, as pilots, will allow testing an urban transformation towards more accessible contexts and designs for the whole of society, and especially for groups of people with disabilities.

These activities described above will allow the drafting of the guides on accessibility of Tangier and Tétouan, specifically contextualized for both cities, where they compile the legislative and technical aspects that would allow the definition of future municipal plans to regulate and promote a transition to urban accessibility in both cities.