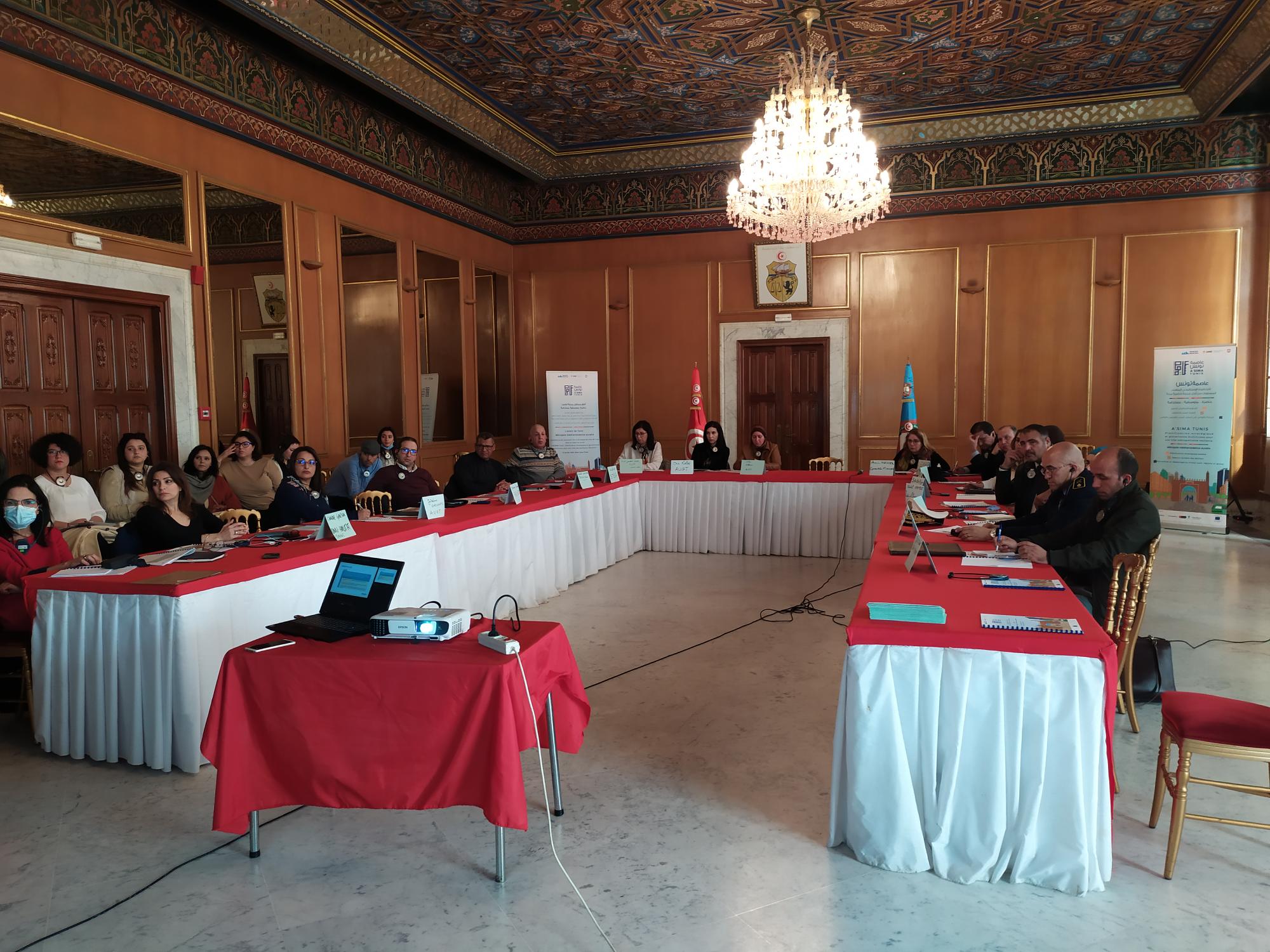 A’SIMA Tunis: The Strategic Framework of the city of Tunis under stakeholder consultation

Following the launch of the “Strategic Framework elaboration phase” of the City Development Strategy of Tunis (CDS or SdVT for its French acronym) last December, this month activities have been centered on stakeholder consultations in order to review, enrich and adjust the Strategic Framework document.

Firstly, a meeting of the CDS steering committee took place on March 3rd 2022. The steering committee is the main governance organ for Tunis’ Strategic Plan and is comprised of 30 city actors from the public, private and civil society sector. The meetings’ main objective was to debate, enrich and validate the first draft of the “Strategic Framework” document of Tunis Strategic Plan, that is, the vision and mission of Tunis, the main strategic axes of action for the city and their respective objectives.

So far, the strategical lines of action that have emerged are the following

– LS1 — Promote innovation, economic and cultural territorial attractiveness internationallyLS2 — Strengthen the role of Tunis as the driving force of a metropolitan ensemble that is resilient and well – organised

Secondly, following the CDS methodology, the CDS team has prepared a round of consultation workshops targeting those stakeholders that intervene on the subjects. The aim of these workshops is to review collectively, complement and prioritise the city’s strategical lines of action. Through interactive exercises, each actor gets a chance to bring their perspective and to propose future strategic projects that contribute to these objectives. Each consultation workshop is centered on a particular theme to be discussed among a variety of actors.

The strategic framework consultation workshop have been scheduled as such:

– March 15: Resilient city, environment and quality of life. This workshop counted with the participation of an expert from UN HABITAT Urban Resilience programme in order to reinforce the concept of urban resilience and to present experiences form other cities.

– March 22: Medina, central axis and connection with the waterfront

March 29: A city of dialogue, governance and partnerships

Furthermore, the 2nd Metropolitan Roundtable will be organised on the 1st of April in order to submit the strategic Framework to discussion with the representatives of the 38 municipalities of Grand Tunis.