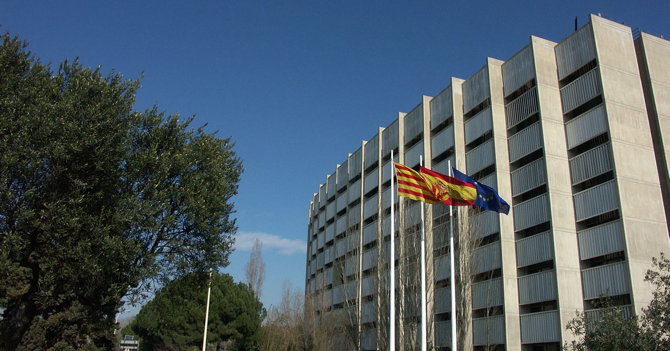 1st Meetings of the Mediterranean Climate House in Tanger

Responding to the challenge of climate change requires dedication and commitment from the scientific community and governments (Final Declaration). MedCities participated among the organizers supporting this launching event.

The works of the first meetings of the Mediterranean Climate House (MCH) ended on Saturday, 16th December 2017, in Tangier with the adoption of the Final Declaration, which stresses that responding to the challenge of climate change requires ambition, dedication and willingness by the scientific community, but also governments, the private sector and civil society.

The participants in this great ceremony, held under the high patronage of our majesty, the king Mohammed VI, stressed that the creation of a space for the exchange of information, expertise, advice and dialogue between non-state actors in the Mediterranean region is becoming a pressing issue, calling for the support of the MCH to cover all scientific and technical aspects, including political ones, related to climate resilience.

In this respect, the MCH, which will be the right space to achieve the expected climate objectives, should be able to put in place an enabling environment for good Mediterranean climate governance, build confidence, support the implementation of territorial policies and measures, and maximize the benefits of international cooperation, particularly in climate finance, as stated in the final declaration.

To this end, the participants in these first annual meetings committed themselves to reinvigorating the Mediterranean climate dynamics by supporting the creation of the MCH as a « Regional Climate Hub », equipping it with the necessary means for the elaboration of territorial climate plans and capacity building in the fields of technology transfer, climate finance and transparency.

It is also a question of widening the area of intervention of the Climate House by focusing, both in the Mediterranean and in Africa, on the aspects of resilience of the zones most vulnerable to global warming, in particular the Euro-Mediterranean zone, as well as giving priority to developing countries and amplifying regional and local initiatives and networking with existing alliances and coalitions, with a view to an increase in the number of developing countries.

The participants also agreed on the need to support young people’s climate initiatives around the Mediterranean, develop joint initiatives and projects between scientists and encourage research and innovation for climate adaptation.

Speaking at the closing ceremony, the President of the Tangiers-Tetouan-Al Hoceima region, initiator of the event, Ilyas El Omari, stressed the role of the MCH as a hub and a space to support innovation initiatives and projects, especially those carried out by young people, women and civil society.

« We will work with our partners to scale up regional and local initiatives and networking with existing alliances and coalitions to strengthen climate action at the Mediterranean basin level, »he said.

The ceremony was marked by the signing of four memorandums of understanding between the Tangier-Tetouan-Al Hoceima Regional Council, the Euro-Mediterranean Regional and Local Assembly, the Moroccan Association of Presidents of Municipal Councils, the Group for Renewable Energy, Environment and Solidarity (GERES) and the National Institute of Circular Economy, to strengthen climate action, municipal capacities and the implementation of sustainable development.

These first meetings brought together more than 360 participants from many Mediterranean countries, including regional and local government presidents, investors, donors, experts and academics, for two days.