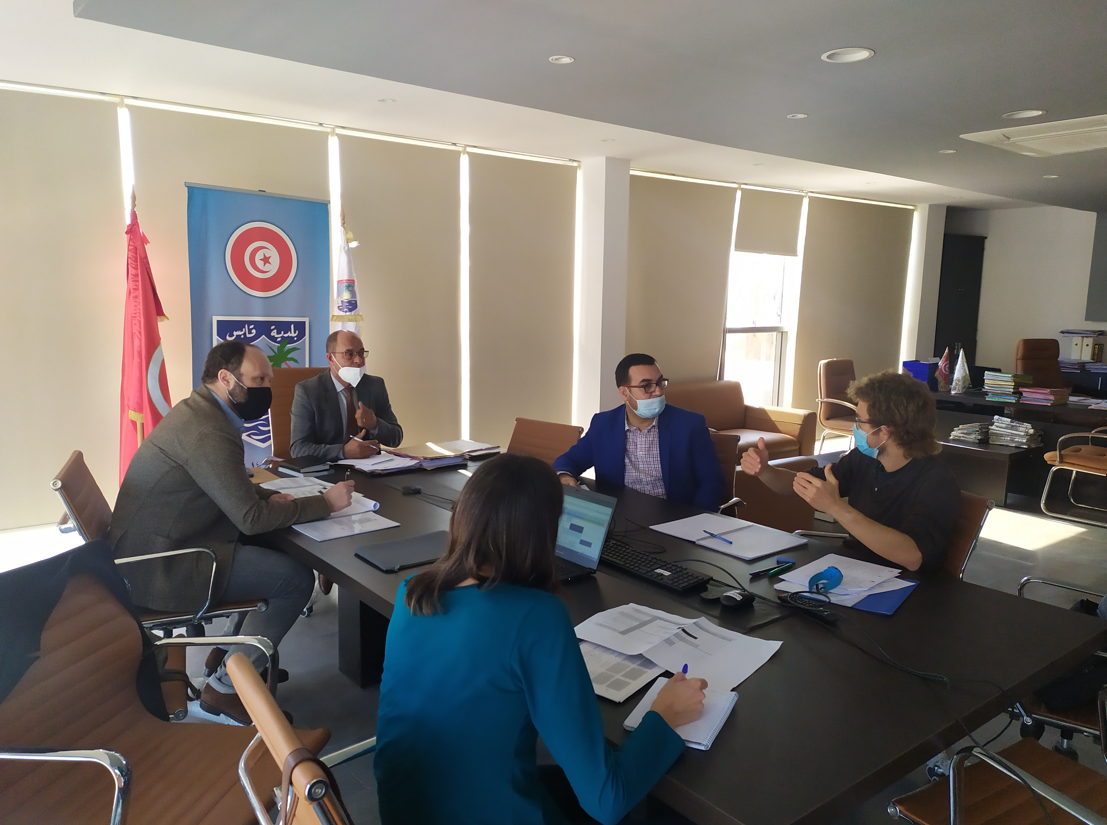 ValEUr Gabès project kicks-off with several activities on the ground

The project, launched in January 2021, aims to promote the valorisation of urban rainwater and non-conventional water resources by proposing innovative strategies and tools at municipal level. ValEUr Gabès is implemented by the Metropolitan Area of Barcelona (AMB), in partnership with MedCities and the Municipality of Gabès, with funding from the EU Delegation in Tunisia.

During the month of November, the partners of ValEUr Gabès launched several activities of the project in order to advance in its implementation. A training was organised with the representatives of the National Office for Sanitation and the Municipality of Gabès on the creation of a GIS for the networks of sanitation and rainwater.  More than 10 persons participated in the first training, held on the 19th and 20th of November, while a second course has been planned for the following weeks. This training will allow participants to create and to update regularly the GIS, by establishing a concrete methodology for the maintenance of the database.

Second, a kick-off event of the project took place from 24th to 25th November. A technical mission was organised, with the presence of the lead organisation, the AMB, and MedCities in order to advance in the definition of some of the project activities. The partners have successfully validated the pilot projects to be implemented by ValEUr Gabès and the technical studies to be produced in order to reinforce knowledge sharing. Also, they defined the training activities to organise in the profit of the municipality of Gabès, other local stakeholders and other Tunisian municipalities. Lastly, the team discussed on the two study missions that will take place in the upcoming months of the project.

Finally, on the 24th November, the project celebrated a first public meeting, targeting the local stakeholder which are active in water management. The event was an opportunity to present ValEUr Gabès objectives, activities and foreseen impact, to discuss on the opportunities of non-conventional water resources in the local context and to understand some initiatives already implemented in Gabès by private actors and civil society organisations. The meeting initiated a debate showing the interest of relevant actors in the project. The Water department of the AMB shared an inspiring presentation about the opportunities of rainwater valorisation, based on the experience of the Barcelona metropolitan municipalities. Furthermore, MedCities presented one of the upcoming activities of the project, the diagnosis of water resources and the elaboration of a municipal plan for the valorisation on non-conventional water sources.