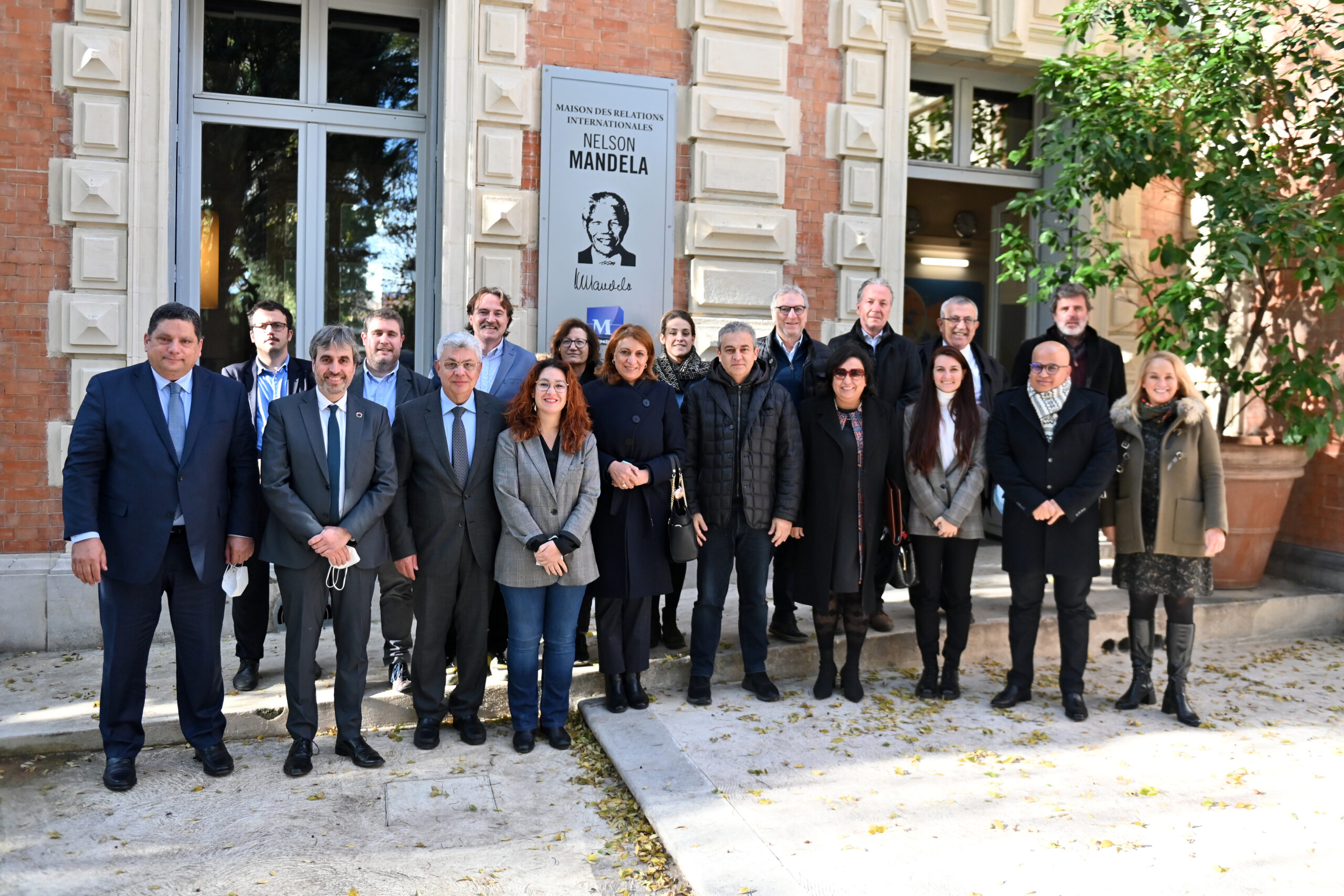 Successful celebration of the 17th MedCities General Assembly at Montpellier

The 17th annual General Assembly of MedCities was held in the Maison of Rélations Internationales of Montpellier in a hybrid format and with the participation of their members, some of which were participating on-line.

The Secretary General of MedCities, Josep Canals, explained the report of activities conducted by the association during 2021, regarding the financial balance, the Strategic Plan of MedCities 2030 and the communication’s improves of the association.

Additionally, Director Oriol Barba exposed the projects developed during the year and their results, as well as he talked about the importance of counting on the members in order to continue developing the projects for MedCities.

The session also counted the interventions of the cities of Bethlehem, Genoa, Bodrum, and the Federation of Municipalities of Hau Chouf, who were accepted as MedCities members, as well as with the Barcelona Provincial Council, which was accepted an observer member of the association.

The members of the assembly discussed the importance of implementing gender equality in all their projects, as well as working from the metropolitan view, among other topics.

Additionally, during the sessions two declarations were approved: The “MedCities Declaration on Sustainable Urban Mobility in the Mediterranean: from planning to tangible solutions” (linked to the Interreg Med project Urban Transports Community) and the Declaration of Edinburgh 2020 which expresses the commitment of local authorities in the protection of the biodiversity regarding the Post-2020 global framework on this matter.

The General Assembly of MedCities represents an annual space for the members to express the needs of their cities and to discuss the results of the projects and activities developed during the year. During the last two years, MedCities has faced some difficulties due to the pandemic in order to organise their assembly in a face-to-face format, as it was traditionally done.

Nevertheless, the participation and implication of the members have assured the success of the assembly again and have put on the table the most important topics and problems to be tackled together during the following year.

Secretary-General Josep Canals highlights “the passion and great commitment that mayors showed as well as the new bilateral linkages that emerged” during the two-day session.