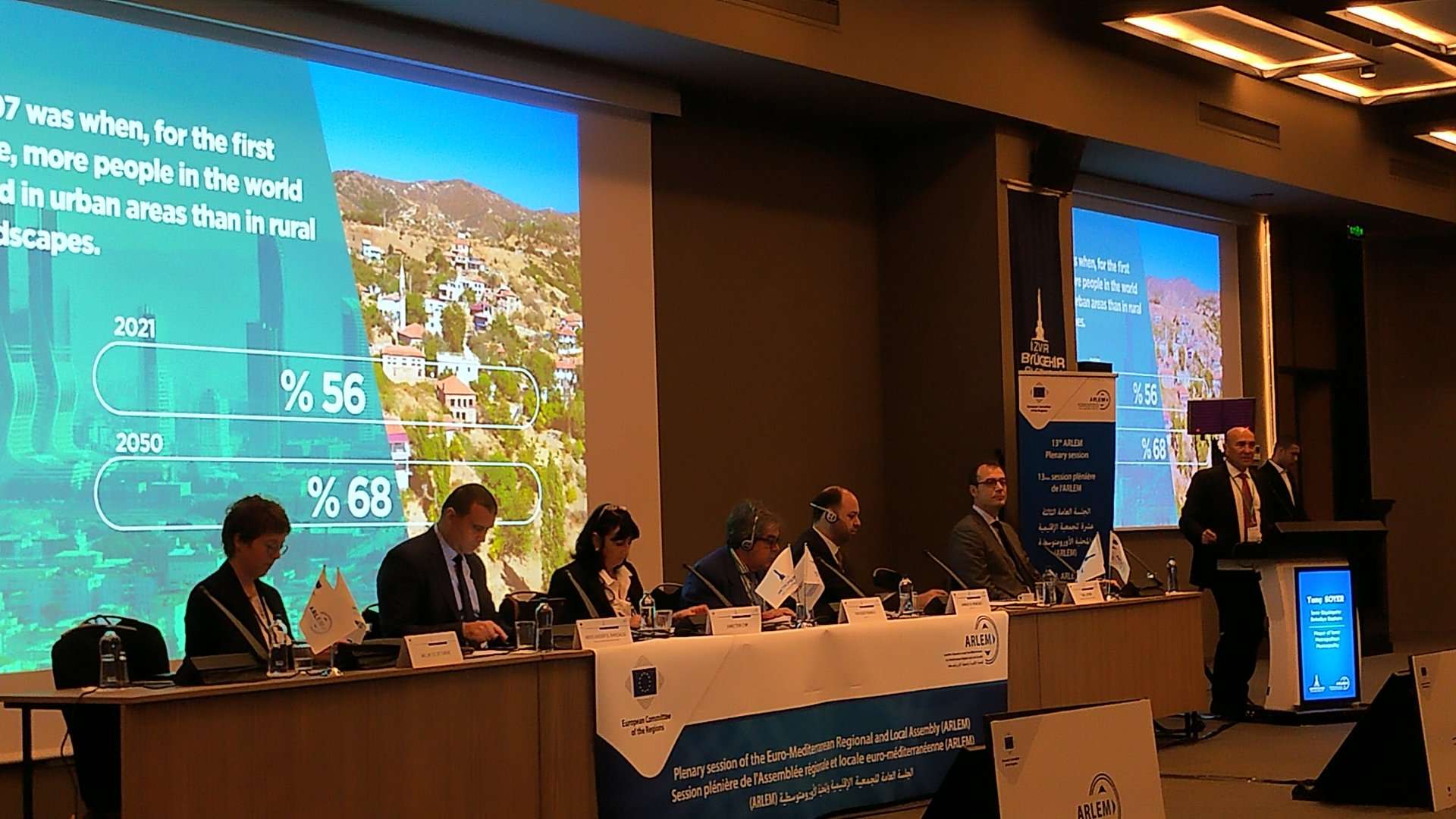 MedCities in Izmir for the ARLEM General Assembly

The 13th plenary session of the Euro-Mediterranean Regional and Local Assembly (ARLEM) toke place on Monday 7 and Tuesday 8 November 2022 in Izmir, Turkey.

Members, and MedCities among them, discussed how to create more inclusive and resilient cities in the Mediterranean as well as what are the main actions for climate action in the Mediterranean, in view of drawing up the Assembly’s message to COP27 in Sharm el-Sheikh.

Mr. Canals participated in the roundtable: ‘Climate action in the Mediterranean: the ARLEM message to the COP27’ and he could intervene to express the view from local authorities on the matter: “Cities are more similar to each other than States are. City councils are essential to implement the objectives set in international agendas. And it all depends on cities’ capacities and power to act to be successful. Without cities, is not possible to advance and achieve the European Green Deal or to implement the SDGs“.

In this regard, the Secretary General also thanked city member Izmir for the welcome and congratulate Mayor Soyer with who MedCities shares the speech and actions based on circular culture and circular urbanism. Mr. Canals added: “We can not forget that actions have a human component as they are taken by people, and we all must have rights to be protected and to be able to find a better path in our lives; that is why at MedCities we will adopt the Charter of Lampedusa”.

In addition to these debates, the reports on Innovation ecosystems and start-ups in the Mediterranean as a means of recovering from the COVID-19 crisis, drawn up by rapporteur Juan Manuel Bonilla, President of Andalusia, Spain, and on Service sector re-orientation: transferring skills from the tourism sector, drawn up by rapporteur Mohamed Boudra, Honorary President of UCLG, Morocco, were adopted.

The plenary session was followed by the ceremony for the ARLEM Award 2022: Young local entrepreneurship in the Mediterranean from which MedCities Secretary-General, Mr. Josep Canals, was part of the jury. This year, the project Banlastics from Egypt won with an initiative based on recycling and banning single-use plastic in Egypt by offering alternative green products and by spreading awareness through workshops and beach cleanups.

To end, a study visit to see the practical implementation of the actions discussed in the city of Izmir is also envisaged.